Romantic wedding at a Horticulture Center in Philadelphia: Mariel + Steve

Fun fact about Mariel + Steve: They actually got engaged at their venue-to-be, the Fairmount Park Horticultural Center in Philadelphia. Mariel had the venue on her radar after seeing tons of wedding photos there, so while in the city they decided to take a quick look. They’d been together for six years and had talked about getting married one day, but she totally wasn’t expecting him to pop the question then and there. Luckily, they both loved the space so much they knew it was going to be the place not just for the proposal, but I Do too!

Thanks to Lauren Fair Photography + Sara of Confetti & Co. for sharing their work with us today!

Our plan was to have our ceremony outside in front of the fountain where we got engaged, but our wedding day didn’t have the best weather so we made the decision in the morning to move it inside. I can’t even believe we thought about having it outside. The indoor ceremony space is AMAZING and when I look at the photos, I can’t imagine getting married outside when we had this beautiful greenhouse at our fingertips.

Mariel couldn’t find any invites or program designs she liked so she took to designing them herself. Aren’t they stunning?

The Hort is actually known as the best “Plan B” in the city. The reception space is just as amazing. In terms of centerpieces you really don’t need to do a ton when you have all of these plants/fountains surrounding you. It’s a barebones space with concrete floors and white trellis everywhere, but that’s what we liked about it. The trusses and glass ceiling are also amazing. The venue just gets better as it gets dark outside. It’s really such a special place. I grew up only about 10 minutes from it and it’s open to the public in the morning, so we can visit whenever we want!

Whenever anyone asked M + S about their wedding style, a few words would come to mind over and over: organic, classic, romantic, and fun. They brought that vibe the greenhouse with berry tones and gold accents throughout. Kate of Devon & Pinkett’s bold florals gave everything a mega pop of color too.

On a fave moment, the first look… We saw each other before the ceremony and had a private (as private as it could be) first look, outside of the Second Bank of the United States across the street from the Hotel Monaco. The whole morning was such a weird feeling because you know you’re staying in the same hotel and you’re getting ready for this day you planned for a year and a half, but you’re not talking the person you tell everything to! Then everyone rushes you out the door to see each other for the first time… It was definitely worth spending the morning apart because when else will you have a moment like that again?!

Cutest film ever by Cord 3 Films. Congrats you two!

Lauren Fair Photography and Maggpie Vintage Rentals are members of our guide. Click here to see how to become a member. 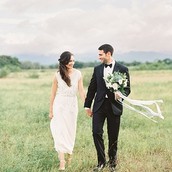 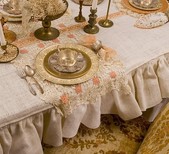 View All Make a Request